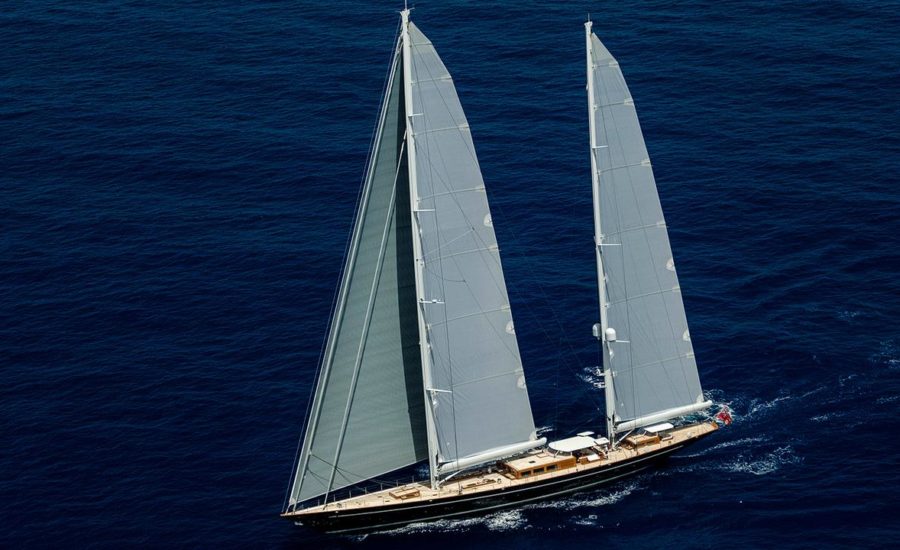 Royal Huisman has released a new video of the 56 metre classic ketch sailing yacht Aquarius following the news that the yacht was delivered in January 2018.

The video captures the classic ketch underway for the first time. Following her delivery earlier this year, Aquarius spent the winter cruising in the Caribbean before heading to the Mediterranean for the summer season. The owners have also announced that the yacht is set to compete in the St Barths Bucket 2019 in March.

Aquarius was launched in October 2017 and sold in December 2014. Her two Rondal masts were fitted in November 2017.

Aquarius’ naval architecture was handled by Dykstra Naval Architects, while interior design was the work of Mark Whiteley. Naval architect Erik Wassen said of the owners’ brief, “They certainly wanted a beautiful yacht but the elements of security, good sea-keeping and comfort unquestionably dominated our thinking.” 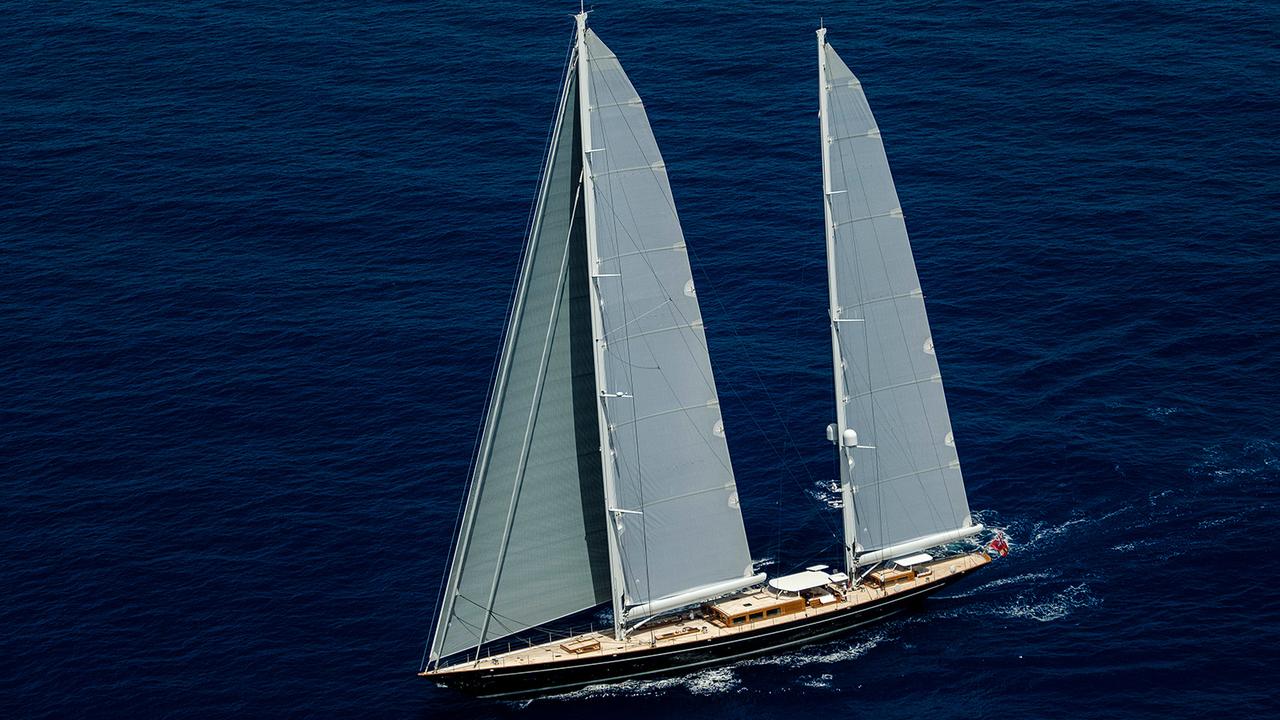 The owners’ brief called for a yacht equally well suited for Bucket regatta racing and round-the-world family cruising. The owners’ representative Godfrey Cray said the brief was “exceptionally clear”. “The hull should be visually very attractive: beautiful and timeless. They wanted a classic interior that was not too busy or fussy, but calm and elegant. And finally, it had to be simple and reliable.”

Interior designer Mark Whiteley, who is also working on the exterior and interior design of Royal Huisman’s 81 metre schooner Project 400, populated the interior with mahogany furniture and panelling with white wall space. 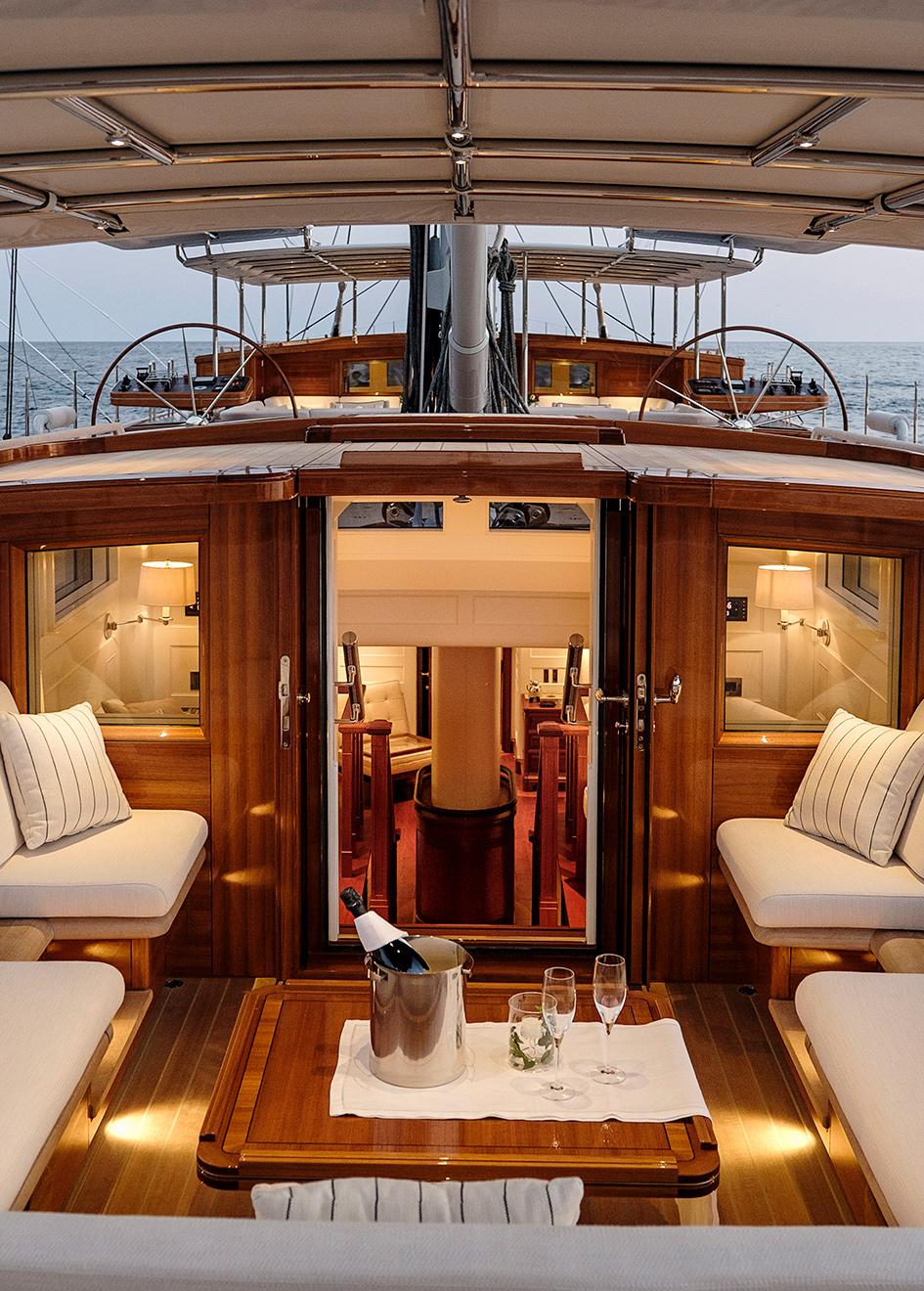 One key feature is a split-level master cabin featuring a private deckhouse and cockpit. The accommodation also includes a large deck saloon, three en-suite guest cabins, a media room and full equipped superyacht gym. One cabin serves as a bunk bed with twin beds that can convert to a Queen-sized double and a set of Pullman berths above.