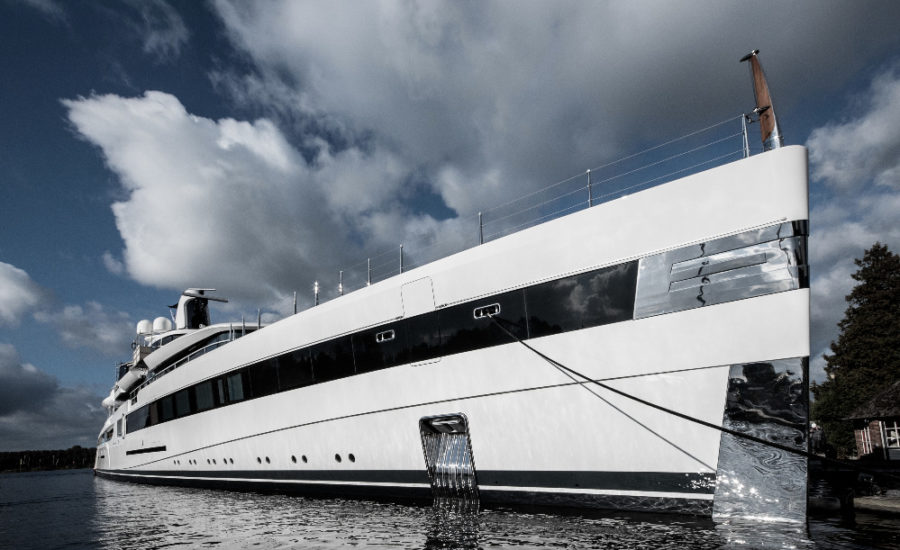 This morning, Dutch superyacht builder, Feadship unveiled its new 93m superyacht as the yacht was towed from the construction hall in Kaag. Designed by Michael Leach Design, the new striking yacht will now see further commissioning work in the months ahead; her completion is scheduled for delivery next spring.

Although the finite details of the yacht’s interior – designed by the British studio, Reymond Langton – are yet to be revealed, Feadship has disclosed a number of incredible elements that the new superyacht will feature. These include an immense two-deck IMAX cinema, a fully certified helipad with Jet A fuel, four VIP suites and a number of facilities that cater to an array of sports including golf, basketball, volleyball and football. 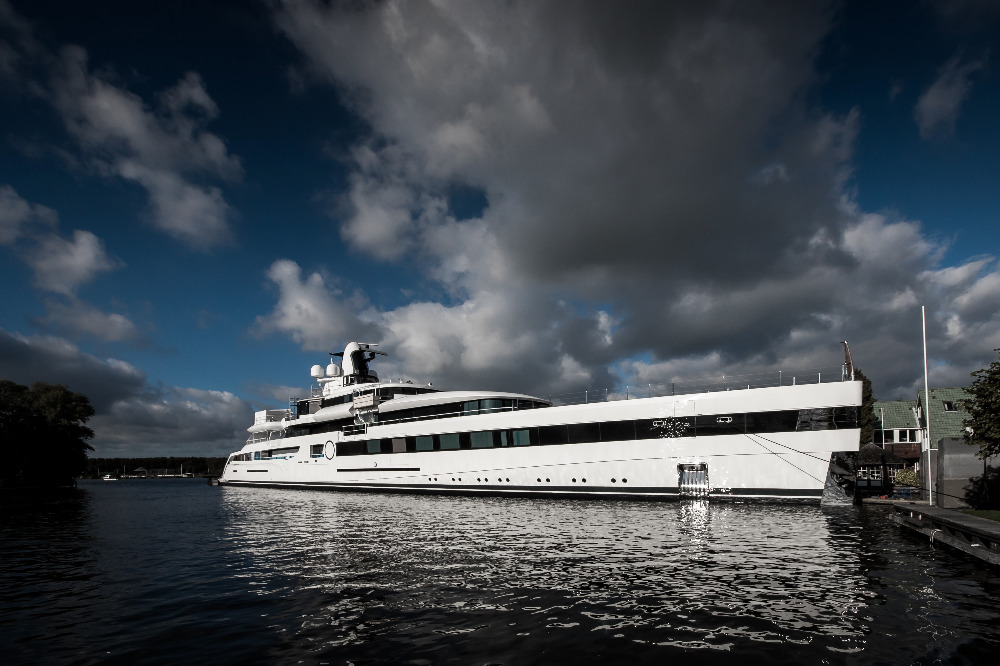 The shipyard has also described the new yacht’s interior as “a beautiful and contemporary jewellery box,” and while that certainly leaves a lot to speculate about, there is no doubt that the interiors will be just as incredible as the exteriors we’ve seen for the first time today.

So far, the new project has been five years in the making, working closely Burgess and the owners, who were present today at the yacht’s launch. “We want to thank Feadship director Jan-Bart Verkuyl and everyone at Feadship for taking us on an amazing journey,” they commented during the launch. 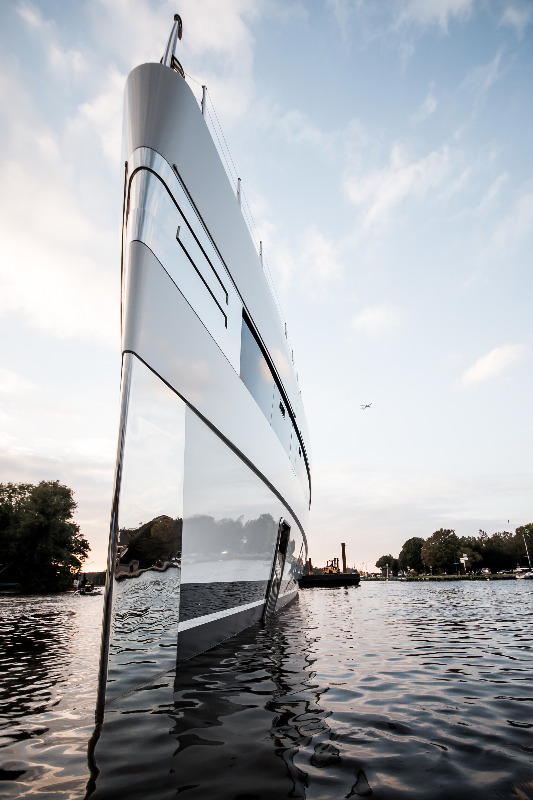 Feadship has had phenomenal year thus far, delivering its largest project ever, 110m Anna, (also designed by Michael Leach) as well as 73m Sherpa, designed by RWD and 47m Valoria, designed by De Voogt Naval Architects. Now, the shipyard has a staggering 14 superyachts on its books with a cumulative LOA of 1086.63m.