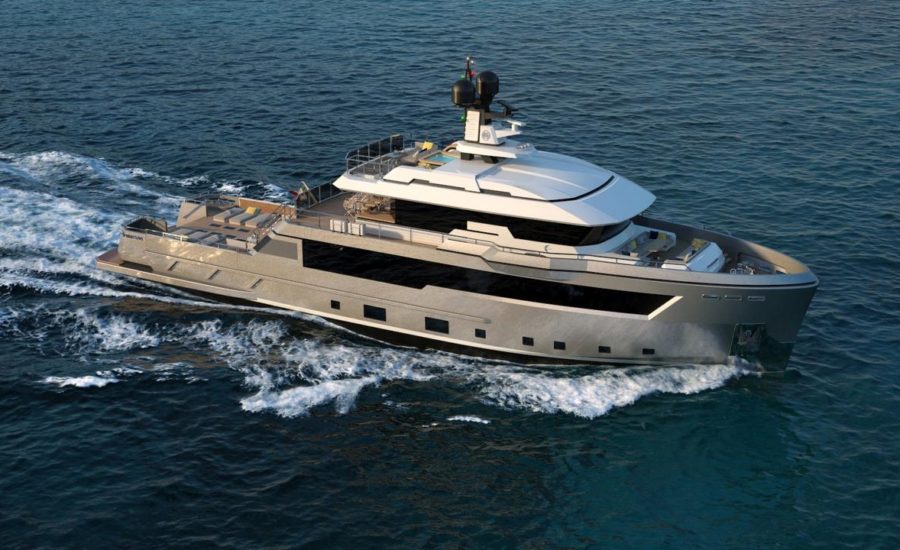 Italian yard Cantiere delle Marche has launched a new explorer yacht series called the Flexplorer. The yard has begun construction on the first 39.4 metre Flexplorer, which is due to be delivered to the owner in 2020.

It comes after a new build 39 metre motor yacht listed under the project name of Flexplorer, was listed for sale in June.

The steel and aluminium design by Hydro Tec, features an almost vertical bow and spacious deck. The yacht will “embody all the features of a pure explorer vessel” while adding “an extra dose of flexibility and functionality”, the yard said.

A key feature is the collapsible aft deck bulwarks, which fold out on the port and starboard sides to create an “infinity deck”. The aft deck is also equipped with an A Frame crane, which enables the easy deployment of a tender weighing up to 2,500kg and measuring up to 8.5 metres from the aft deck. When not in use, the teak covered crane is stored flush to the deck.

The Flexplorer has an 8.5 metre beam and can accommodate a total of 12 guests in five cabins, with two Pullman berths. The three crew cabins allow for a staff of five.

The first unit will also feature a gym and plenty of natural light thanks to skylights installed into the deck. 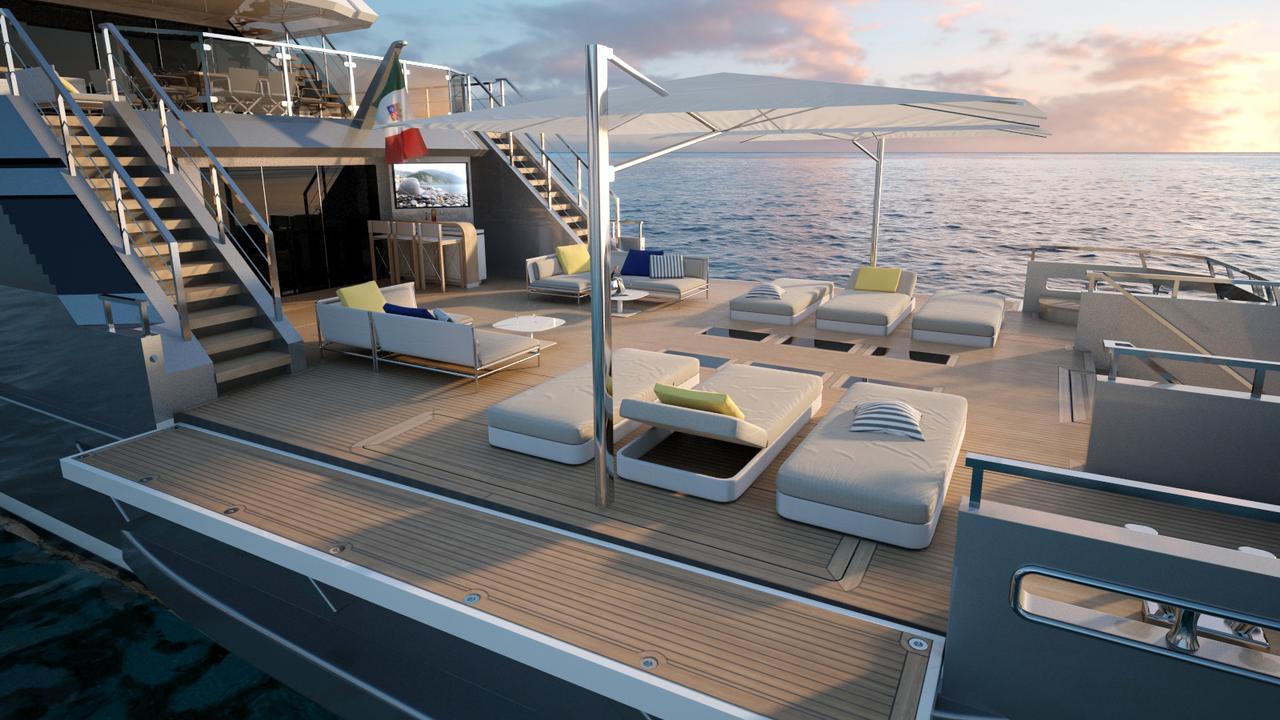